For testing the force required to remove a bottle cap 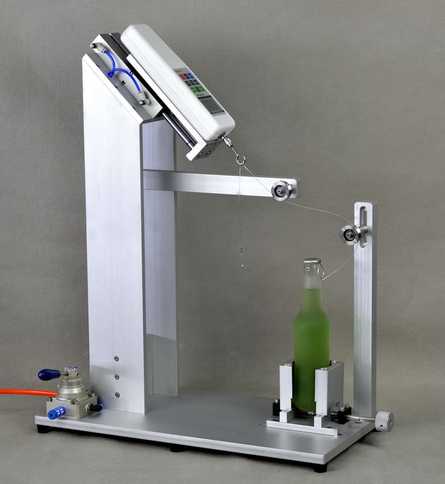 The POT-1 Pull-Off tester has been developed to open, step-by-step, the pull off caps of carbonated beverages while measuring the force. It includes an accurate dynamometer tester and a semi-automatic cycle.
​
The angle of both the steps is adjustable, and the unit has been designed for testing bottles of various heights.